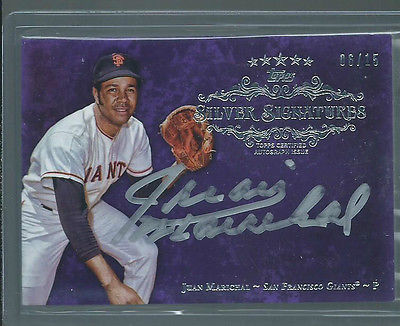 A week ago, we did a reminiscence of a great walk-off moment for Willie McCovey, one which came against the Mets on September 17, 1966. To remind you, McCovey beat the Mets with three home runs, the last of which was a walk-off

The Giants starting pitcher that day was Juan Marichal. Marichal’s next start came against the Pirates four days later. And neither Willie McCovey nor Willie Mays was going to be the walk-off hero of this one.

This is the first time I’ve ever looked at a box score for this game and I can tell you that it is totally bonkers. Some context: Both teams were trying to chase down the Dodgers in the National League. The Pirates were 1 ½ games out with 11 to play entering the day. The Giants were five games back with 10 left.

The teams were scoreless through six innings. In fact, the Pirates pitcher, Tommie Sisk, had a no-hit bid to that point.

The Pirates broke through for three runs in the seventh on Donn Clendenon’s three-run home run. The Giants answered with two runs in their half (yes, they broke up the no-no), and tied the game in the eighth inning on McCovey’s bases-loaded walk.

Marichal was still in the game in the ninth inning, but he must have been fatigued. The Pirates put runners on first and third with two outs for Bill Mazeroski. Mazeroski’s single plated the go-ahead run and an error by Mays (gasp!) brought in a second run.

That game had an epic ending. This one did too.

Jesus Alou led off the Giants’ ninth with a single against Pirates closer Roy Face. The next batter, catcher Tom Haller, followed with a game-tying home run. Face got the next batter up, which brought up Marichal.

Giants manager Herman Franks let Marichal bat, which in this era seems like a rather ridiculous decision. But at that time, it wasn’t. Marichal was a good-hitting pitcher that season. He had career highs in batting average (.250) and RBIs (15) and as the Oakland Tribune noted, he fared alright in batting practice games with his pitching teammates. But at that moment, Marichal had 590 career at-bats and had hit one home run.

When this at-bat was done, Marichal had two career home runs. Yes indeed, he hit a walk-off home run on a first-pitch slider to give the Giants a win.

“I’m not a good hitting pitcher,” Marichal said afterwards. “But when they make a mistake on me, I can hit the ball. I know I have the power to do it. I never thought I could hit a ball that hard”

I like bringing this up on Cy Young Award day for this reason. Marichal is one of the best pitchers to never win a Cy Young Award. He had an epic prime from 1963 to 1969 but was always beaten out, whether it was by Sandy Koufax, Bob Gibson, or Tom Seaver. In Marichal’s one “off-year” in that stretch, one of his teammates won the award (Mike McCormick, 1967).

Marichal may not have a Cy Young Award, but he is in the Baseball Hall of Fame, and he did do something that (guessing) 99.9 percent of pitchers have never done – hit a walk-off home run.

Marichal Minutiae
– Marichal was involved in a lot of great walk-offs. Besides this one and the previously-mentioned McCovey one, he was the winning pitcher in a 16-inning duel with Warren Spahn won on a walk-off homer by Mays. He also lost a 1-0 game in 14 innings to the Mets on a Tommie Agee home run in 1969. Marichal came to ESPN to appear on Baseball Tonight once and talked about it. I remember he said of Agee’s homer “I can still see it.”

– The last walk-off home run by a pitcher was hit by Craig Lefferts of the 1986 Padres. I talked to Lefferts for a story for ESPN.com in 2011. Here’s the link.