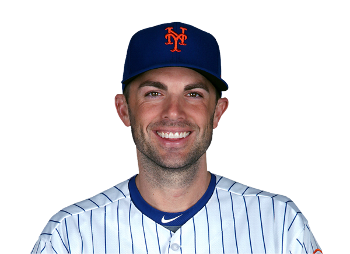 Back in the day (circa 2005), I had a blog in which I would share Mets statistical minutiae and stories, with the primary hook relating to their hundreds of walk-off wins. It was one of the most fun things I’ve ever done in my life and I learned a heck of a lot about Mets history in the process.

So I figured I’d return to my roots and catalog David Wright’s collection of walk-offs and share some fun stats I dug up to pay proper tribute to his legacy.

The first was this one, set up by his two-run game-tying triple in the seventh inning off Mets nemesis Dontrelle Willis. After Billy Wagner escaped trouble in a 2-2 game in the top of the ninth, Wright followed a walk by Carlos Beltran and a single by Carlos Delgado, with a sacrifice fly to right field.

It gave the Mets a win and earned Wright the title of “young superstar” from teammate Paul Lo Duca.

Wright’s best line that day regarding his triple – “If I had Jose Reyes speed, I’d be thinking inside-the-park homer. But with David Wright speed, I’m thinking triple.”

The Wrighteous Mets fan knows that: David Wright’s 65 sacrifice flies are the most in Mets history. Wright hit .415 with a runner on third and less than 2 outs, a BA partly enhanced by those 65 sac flies not counting. But even if they did, he still hit .348. The MLB batting average this season, if sac flies counted as AB, is .270.

No. 2, May 5, 2006 vs Braves (double)
This was definitely the kind of win that made you think the 2006 Mets were going to win the whole thing. First they rallied from 6-2 down in the seventh inning against the bazillion-time defending division champions, tying the game on Kazuo Matsui’s clutch single. Then they tied it again in the 11th inning on Cliff Floyd’s home run.

It took until the 14th to win it, after the Braves stranded Chipper Jones at second base in the visitor’s half. A Carlos Beltran walk set things up for Wright with two outs. He clubbed a ground-rule double to center, scoring Beltran from second.

“We are not going to roll over,” Wright told reporters afterwards.

The Mets fan with Wright of way knows that: David Wright’s 9 walk-off RBIs rank 2nd to Wilmer Flores (10). His 8 walk-off hits are the most in Mets history.

The Yankees took a 4-0 lead in the first inning, but the Mets answered with Carlos Beltran’s three-run home run against Randy Johnson in the bottom of the frame. They’d end up tying the game at five in the third inning on Xavier Nady’s homer.

The Yankees took the lead again in the fourth and the Mets tied it right back on Kaz Matsui’s hit in the fifth. The score stayed tied until the ninth thanks to three outstanding innings from Aaron Heilman. After Billy Wagner struck out Alex Rodriguez, Jason Giambi and Kelly Stinnett in the top of the ninth, the Mets won it in the bottom.

Paul Lo Duca’s one-out double and an intentional walk to Carlos Delgado set Wright up with two outs. On a 2-2 pitch, he hit a bolt over Johnny Damon’s head in center field, bringing in Lo Duca with the winning run.

“Not many guys do that against Mariano,” manager Willie Randolph. “He’s the best.”

When you’re Wright, you’re right and you know that … David Wright had 50 hits in the 7th inning or later that tied the game or put the Mets in the lead. His most against a pitcher was 3 – against Mariano Rivera.

No. 4: May 29, 2006 vs Diamondbacks (single)
Another really exciting game, one in which the Mets had to rally from a 7-6 deficit after building an early 4-1 lead. This time, Aaron Heilman wasn’t good, giving up a go-ahead three-run home run to Chad Tracy in the seventh inning.

The Mets were down a run entering the home ninth against Jose Valverde, but this was of no matter. It took two batters – an Endy Chavez double and Jose Reyes single – to tie the game. Wright got his chance after a rare failure by Carlos Delgado, a strikeout with the bases loaded. On Valverde’s first pitch, Wright singled to center, winning the game.

“The big thing is to relax,” Wright said. “Don’t get caught up in the moment. You have to want to be up there with the game on the line.”

No. 5: June 23, 2007 vs Athletics (single)
This was the opposite of the last couple of Wright walk-offs, a pitcher’s duel between Orlando Hernandez and Joe Blanton. The Mets best scoring threat in the sixth inning ended with Ricky Ledee being thrown out at the plate.

The Diamondbacks left the go-ahead run on second base in the ninth inning against Billy Wagner when Marco Scutaro and Travis Buck couldn’t bring him in.
The Mets brought in the winning run in the home ninth. Ramon Castro led off with a double and Carlos Beltran was then intentionally walked. Wright then blooped one to shallow right that Travis Buck dove for and missed. Castro (who wasn’t pinch-run for because Paul Lo Duca had been ejected earlier in the game) scored the winning run.

All Wright long, you know that: David Wright shares a December 20 birthday with 2 other notable New York baseball players – Fred Merkle (of the famous “Merkle’s Boner” blunder in 1908) and admirably-coiffed Oscar Gamble.

No. 6, April 29, 2008 vs Pirates
Against a Pirates team whose lineup featured both Jason Bay (LF) and Jose Bautista (3B), the Mets tried to give away a game, but failed. They had a 4-2 lead entering the eighth inning and the Pirates tied it with a run in the eighth and a run in the ninth.

It took until the 11th for the Mets to snatch this one, helped by a balk that moved Endy Chavez to second base. An intentional walk and a traditional walk followed and Wright hit the first pitch in the air down the right field line. When it landed just fair, the Mets were 5-4 winners.

It’s so Wright that … David Wright presently has 50.4 WAR (Baseball-Reference version). The other position player with 50.4 WAR is a 1940s star named Bob Elliott, who won an MVP for the Boston Braves in 1948. Elliott’s nickname could easily have been Wright’s nickname – “Mr. Team.”

No. 7, August 7, 2008 vs Padres (home run)
David Wright’s only walk-off home run came in this game against the Padres and former teammate, Heath Bell. It came after Jody Gerut tied the game with a ninth-inning home run against Scott Schoeneweis, who was subbing for injured closer Billy Wagner.

The home run hit off the retired number area in left, right between No. 41 (Tom Seaver) and No. 42 (Jackie Robinson). The most impressive thing about it was the height of the pitch. Wright looked like he made contact just above his ankles.

“I’m always celebrating everybody else’s,” Wright told reporters, referring to walk-off home runs. “But to be the one that jumps into the pile at home plate is pretty fun.”

The Wright answer is to know that … Baseball is hard. If you add the Wins Above Replacement totals of the players other than David Wright who were drafted from the 6th pick in the first round through the end of the first round (44th pick), they barely average 1 WAR per player. Wright has 50.4 WAR

That final score was achieved in a challenging fashion. A pitching matchup between Cole Hamels and R.A. Dickey led to a surprising number of runs and the Phillies handed a 5-4 lead to their closer, Jonathan Papelbon (who I nicknamed “Cobra Kai” because he struck me as villainous). Papelbon retired two of the first three, producing a scenario of man on third with two outs.

The next two at-bats were epic. Papelbon hit pinch-hitter Jordany Valdespin on a 3-2 pitch, then walked Ruben Tejada on another 3-2 pitch (the eighth pitch of the at-bat) to load the bases.

That brought Daniel Murphy, who hit a single off Papelbon’s foot to tie the game. Wright got jammed on the next pitch and hit a bloop to right field that Hunter Pence dove for and missed by about a foot, giving the Mets a comeback win.

“Our M.O. is we grind out games,” Wright said afterwards. “We don’t hit for much power, we don’t steal a lot of bases, but were grinders. We play the game to the last out

True David Wright fans know that … David Wright hit .300 in his first pro season – with Kingsport of the Appalachian League in 2001. That’s only four points off his career MLB batting average of .296.

No. 9, May 21, 2016 vs Brewers (single)
The last David Wright walk-off was a comeback effort that helped bail out a poor Jacob deGrom start (!) (5 innings, 4 runs). The Mets rallied from 4-1 down helped by a bullpen that pitched four scoreless innings and a two-run game-tying home run by Yoenis Cespedes.

Things stayed even until the ninth inning when Eric Campbell reached on an infield single, Kevin Plawecki walked, Matt Reynold’s sacrificed, and after an intentional walk to Curtis Granderson, Wright hit a line single on a 3-0 pitch to bring in the winning run.

“That is the guy we want up there,” Mets manager Terry Collins said.

It was your classic Wright hit, an opposite-field rocket line drive that was one of his trademarks in his Mets career.

A good way to go out on the walk-off front, unless he cares to share one more with us.